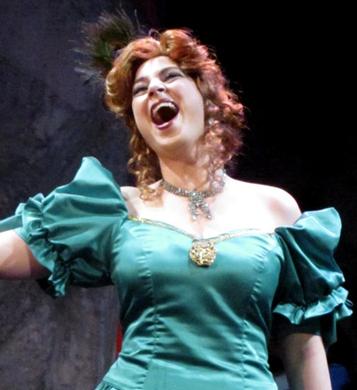 Aside from her stage carrier, Iris is a regular soloist in The First Presbyterian Church in Englewood NJ, and at the Riverdale Temple in the Bronx.

By day, Iris is also an Early Education music specialist, teaching at preschools in NJ and NY, She teaches voice to young adults and adults, and directs, conducts and produces musical shows.

“As Marguerite, Iris Karlin gave an impressive performance, with vocal charisma and individuality that compensated for the character's enduring passivity. Karlin sustained the long vocal lines of the part well, in addition to exhibiting security and agility in the (in)famous "Ah! Je ris." ... Her fierce, assertive repetitions of "Dieu juste, à toi je m'abandonne!" were brilliant, and very exciting. "Anges purs" was her triumph, as it should be.“(Opera Obssession 5/28/13). 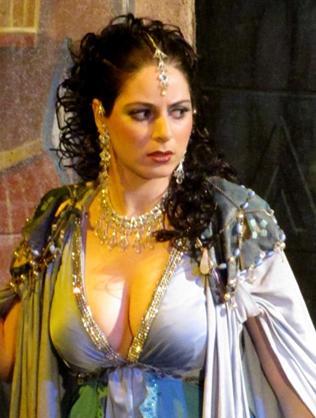 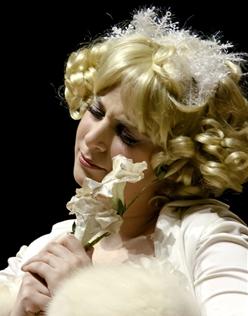 “Iris Karlin was an absolutely delightful Susanna whom I loved from the moment she opened her mouth.  Karlin handled the vocal acrobatics with ease and resonated high notes powerful enough to hit the back wall.  She was a fitting counter to Quintana’s Figaro as she, too, showed her acting chops through her character’s emotional underpinnings.”(Amy Armstrong – Stage Magazine 10/19/11)

Iris Karlin, a native Israeli, is an internationally acclaimed soprano, musician and actress, who is also an IDF officer in reserve. She is praised for her rare combination of stage presence and musicianship from critics and conductors alike. Her personal charm and sensational voice made her a versatile leading singer Singing opera, operetta, contemporary and musical theater in the tri-state area, where she has been performing with leading opera companies and orchestras.

"The talented young cast sang and acted a “Boheme” that kept the romantically tragic story believable and poignant. The singing never went below a proficient and professional level, but the Rodolfo... and the Musetta of Iris Karlin were particularly touching in the Act III quartet. "  (Joel Benjamin The Theater Scene 04/04/10) 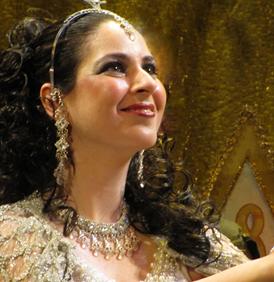 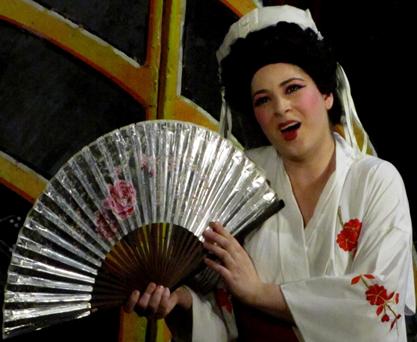